I apologize if my site looks bad in your browser; I wanted to make it nice for you, I really did.
Perhaps you'd like to upgrade to a modern, standards compliant browser? Thank you for your understanding.
home / photography
32 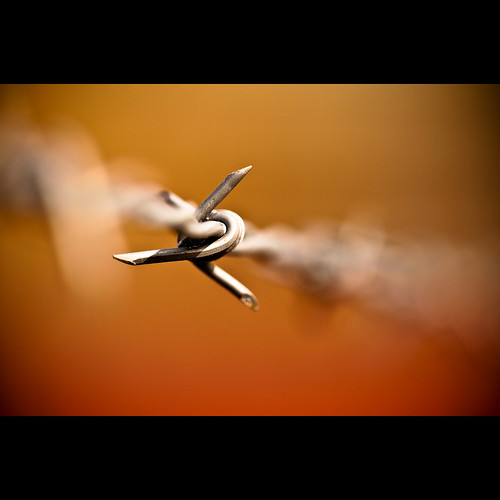 Today, during my lunch break, I drove over to the Nimbus Fish Hatchery in Folsom, CA. I had fun hiking around and taking all kinds of different pictures. The salmon run is finished, but I got to see some steelhead making their way up the ladder.

Usually on a work day, I only have a few photos to choose from. I had a lot more from my outing and eventually narrowed it down to 5-10 completely different types of shots. I had a hard time deciding which one to post but I guess it's a good problem to have...better than the nights when it's 10pm and I still haven't taken a picture ;) 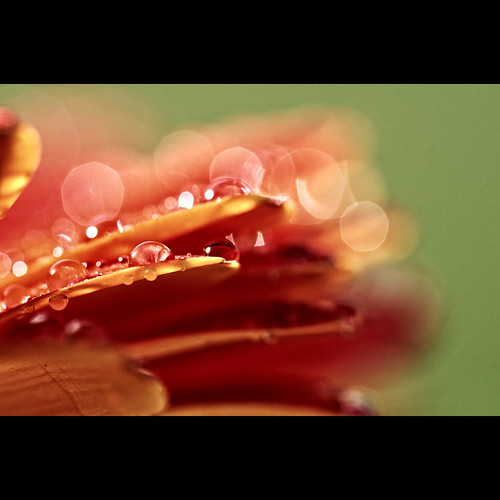 So, this is this the flower in my 365...with water drops and all. After a couple of days getting reacquainted with my 50mm, I put the macro back on to try and be like Lynn ;)

Focusing with a macro lens can be tricky. I had tried using auto-focus with and without a tripod, but decided to use manual focus without a tripod. I think it is a bit easier to control that way.

I hope everyone enjoyed their weekend and had a nice Valentine's Day. 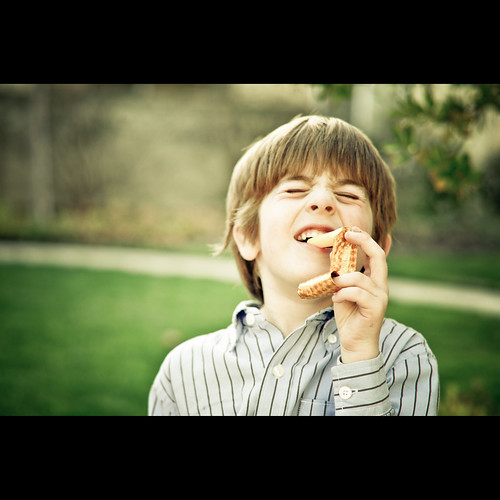 We went to two birthday parties this weekend, one on Saturday and one on Sunday. This is Cooper counting for hide-and-seek while blowing a noise-maker in between counts.

I've been using my macro and 35mm lenses so much lately, I almost forgot how much I love my 50mm. It is such a great lens! 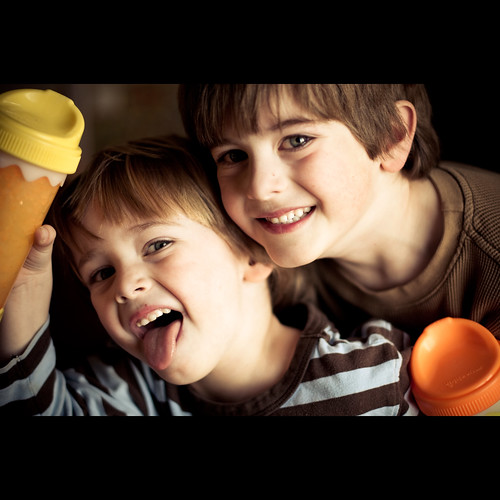 In a rare moment, the boys actually "posed" for me. They weren't too interested until I asked them to show me their "silly face". I wish the juice cups weren't in the photo, but their expressions make up for the distraction ;)

Being only 16 months apart, they really are good buddies. They, of course, have their moments, but for the most part they play really well together. We are all eager to find out the gender of baby #3 ... only 5-6 more weeks! 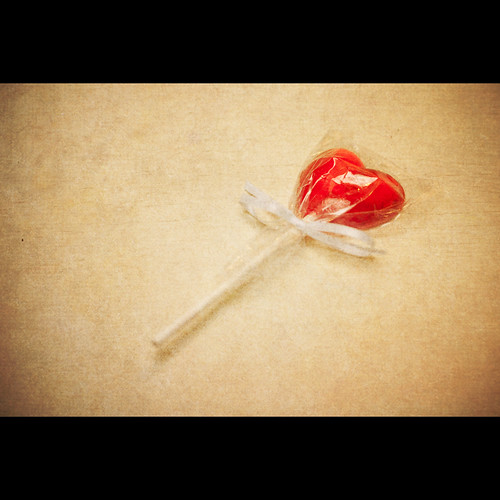 Happy Valentine's Day. Hope you have a good one! 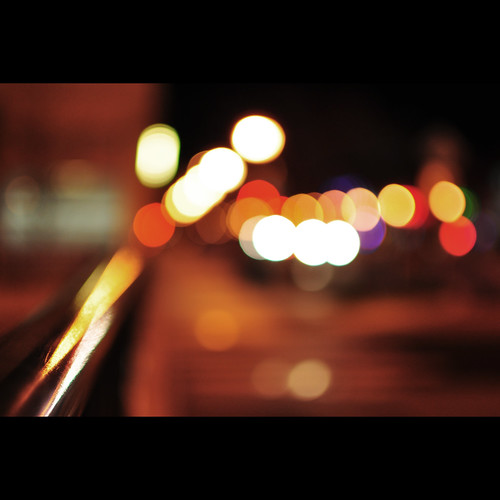 "Imagination is more important than knowledge."

I took a break from the macro lens and walked around downtown Roseville this evening, hunting for some bokeh. It was after 9pm and the streets were really quiet...it was kind of eerie.

As I was looking through the photos I had taken, they reminded a bit of crazyfrogleg's bokeh shots. Che, if you are reading this, congratulations on your recent marriage! I wish you two the best. 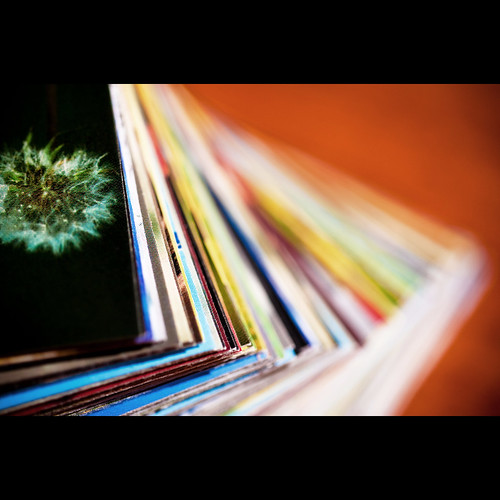 I've wanted to get some for a while, but starting my 365 and reading Allan's (foshydog) stories about giving them to people, motivated me to finally order them.

They are small, but very cool. It's really neat to see your own photos printed on something. I'm glad I got them and would highly recommend them. 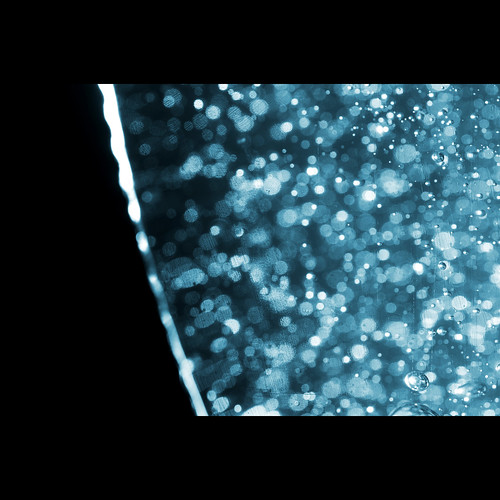 Another Sigma abstract macro ;) Any ideas on what this is? I'll give you a hint - this isn't the natural color...

I really like how the flash illuminates the edge, it reminds me of an eclipse. 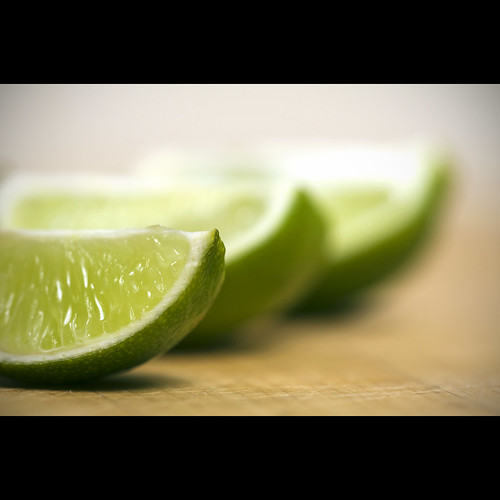 Shannon made a yummy tortilla soup tonight, so after dinner, I took some shots of the sliced up limes. This is one of those where I took a bunch of different shots and couldn't decide which one to choose... 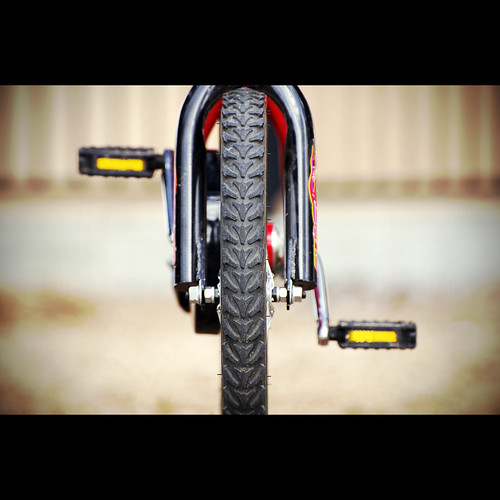 With Shannon still away on her outing with the girls, I took the boys for a bike ride to a nearby park. My knee is still hurting, so it was a bit uncomfortable to ride, but in the end, I think the movement helped stretch things out.

Ever since I saw David's bike shot, I've wanted to try something similar. There's no rider in my version and the bike is mysteriously standing upright...hmm ;)

On the bike ride I spotted a few mushrooms, but when I went back later in the day with my macro lens, they had been trampled. I took a bunch of other nature/flower macro shots, but in the end decided to go with this one.

Project 365: A daily collection of photos tagged "project365" on Flickr